Couple of scenarios to consider:

1- If Martin jumps out at Zimmerman, who seemingly was out looking for trouble, and is on top of him beating him down against the pavement and Zimmerman knows he has a gun strapped to his waist, would he be yelling for help?

2- If Zimmerman jumps out at Martin and is on top of him, who would be yelling for help?

Zimmerman was out to play Dirty Harry, he felt in control and macho with his gun packin. Would he lower his sense of macho-ism, let Martin get the better of him, and then start asking for help at the top of his lungs?? It doesnt sound right to me. Something wrong with that scenario.

More likely, I do believe, Zimmerman brought the gun out into play, or flashed it to Martin, and the scuffle ensued in Martin’s attempt for self-defence, followed immediately by his screams for help knowing he was up against a gun and there were people all around them. Seems logical. It also seems logical that Zimmerman reached for his gun and maybe even without pulling it out of its holster just turned it towards Martin’s chest and fired.

It is about 7 pm, early evening. Zimmerman stops about 10 paces from Trevon Martin and asks politely

“Excuse me. I am George Zimmerman, the security person for this complex. Can I ask you who you are and if you live here?”

“I am Trevon Martin and am visiting my friend in apartment —-. His name is —-. I can call him on my cell phone if you want.”

Needless to say, the problem began when Zimmerman got out of his car. He had called the police already and they were on their way. It was a rainy  Sunday early evening. Knowing that most people would be in their homes getting ready for their Monday workday (seems like a logical thought to me), who in their right mind would be casing any joints and planning a burglary or other nefarious act? On a rainy Sunday around 7 pm??

That thought seems to have eluded Zimmermans head. Or he just had such a desire to play cop and be a hero on that night that he did what he did. He had his gun strapped to his belt and he went out to be John Wayne.  But he had no reason to go as far as he did. And now blood is on his hands. Wrongful blood.

I cannot believe that jury’s verdict!! I was 95% sure that he would be found guilty, at least to some degree! But then I was 100% sure that O J Simpson would be also! The evidence of wrongdoing was overwhelming in both cases. And yet….

I don’t know what it is that is in these jurors’ heads. Not logic.

The only comfort is in the fact that people like this can subsequently be slapped with a civil suit, found guilty, and all their earthly possessions taken away to pay for the damages, and hopefully make their lives a living hell for the rest of their miserable days. Perhaps that would be a better justice all around for the families of the victims.

The title here almost says it all. There are people in this world whos main motivation, or SOLE motivation, for living is the acquisition of MORE MONEY. For them it’s not enough to have one mansion. They must have 10 mansions. Not enough to have one or two cars. They must have 30. Not enough to own a yacht. They must have 10. Not enough to have one billion dollars(1000 million). They must have 15! They will stop at nothing to acquire these kinds of riches. They have to be ruthless to accomplish this. They have to cheat wherever they can. They have to steal. Sometimes they kill for it. They will try to withhold as much of their money from the government at the expense of the indigent. Do they share much of it for public works to help the disadvantaged and poor? HELL NO! It is a sickness, I tell you. If you can’t work because you lost your legs and arms in a war, even though the super-rich themselves earn a fortune from that “industry”, TO HELL WITH YOU! They won’t help you. The charity is left to the rest of us who can only afford  to contribute 10 or 20 dollars because we hardly have enough to pay our rent every month. It is a real damnable sickness when you totally dismiss the woes and injustices pressed on the disadvantaged for the sake of acquiring more real estate, more buildings, more boats, planes, cars.

I believe these individuals are so motivated in this fashion because they lack the only thing that can really satisfy them, fill their life with happiness and contentment, sensitize them to the feeling of caring, compassion, fairness. And that is love. They very likely lacked it in their youth, in their growing years, and now in their mature years. Probably an emptiness they just cannot fill with anything, no matter how hard they try. They must lead a wretched life within all that money they have. I feel sorry for them in that sense. 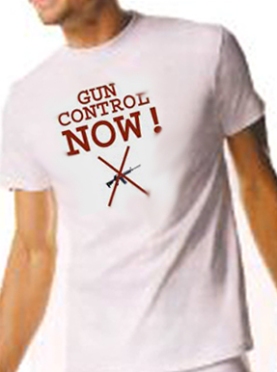 OK. So now I am upset enough and angry enough to start a Protest Shirt line, designed and produced by me and for sale to the general public, that spells out the evils of our modern society and corruption of our government. We, The People, just passed Proposition C in Los Angeles, which is in support of a constitutional amendment to repeal Citizens United, one of the WORST evils in our country. We are now another big city in the U S that has approved such measure. I want to help. I want to voice my opinions on my chest. I want many many other people to stand up and do the same and see if we can turn this country around. We can do it by voting. We can do it by educating ourselves and others. We can do it by standing up and voicing our opinions and DEMANDING that OUR government do something about these things for our benefit. I hope you join me and RESIST ALL THIS ABUSE!

I am pricing my shirts at $20 (including shipping within U S) and you can view the full line (additions to come) at  http://protesttshirts.net

You can inquire further through the “contact” page there. Thank you. 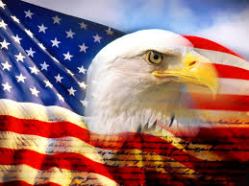 MESSAGE TO THE COUNTRY

We had total 77% success in passing Prop C in Los Angeles! It is the resolution to support a constitutional amendment to repeal Citizens United, the Supreme Court’s decision that turned corporations into people and gave them the power and the loopholes to abuse the 99% of our population into poverty or near poverty. The corruption of our government at work.

This voting success puts Los Angeles on the list of major cities, which gets longer every day, that have approved the measure. It will take a certain percentage of general state approvals and then a certain percentage of congress approvals before the constitution can actually be amended to reflect the will of the people. We here in the L A’s local communities’ involved groups worked long and hard to educate citizens on the meaning and impact that the approval of this measure could have on all our lives, and prompted them to go out and vote if only for this one proposition. And we got 77% approval! It was only because The People managed to get off their couches and spend half hour getting to their voting place and voting that got it passed! THANK YOU ALL WHO DID! YOU KNOW WHO YOU ARE!

It is only because we get involved and educate ourselves and get off our lazy asses and go vote that we can make a difference in our Democracy and way of life. It has been said again and again. We proved it in our last 2 presidential elections, didn’t we? But the effect doesn’t end there by a long shot. If we really want to be heard and force our government to flow with the will of its citizens, we must, repeat, MUST educate ourselves and then GO VOTE!

To all you lazy asses who did absolutely NOTHING  (you know who you are) to improve the quality of our life and government and  who do NOTHING to protest  in any way the abuses by Wall Street, corporations, banks, IRS, government and the like, SHAME ON YOU!

The president has said it: if we do nothing about it, SHAME ON US!!

NOT PLUTOCRACY (look it up)

MY POINT OF VIEW-

All these problems with the running of our government and of our social programs are mostly, if not completely, caused by the loopholes that keep corporations from paying their due taxes and allow them to abuse the population in many other ways. They are sucking the lifeblood out of the country. The main push right now, and until this action is completed  regardless of what other agendas one has an interest in, should be for the elimination of Citizens United.

Please do your homework if you haven’t already.